It shouldn't be a surprise that the summer is the most popular season in which to move. Kids are out of school, the use of vacation time is expected, and the weather is generally a little better for moving, depending on where you are and where you're going. That also means that a moving service may cost more as appointment slots and availability dwindle among all the calls for help moving furniture. This is not good news if you're on a budget and, for one reason or another, can't just hire a truck and move everything yourself. If you find out that you have to move during the summer, there are things you can do to reduce the cost of the move and stay within budget.

As soon as you know where you're moving – even if it's just which city you're moving to – start calling moving companies to get prices and let them know the approximate dates you'll need the move completed. Even if you don't have a specific address to move to yet, see if you can make reservations with the company you choose to use. This will be harder for local moves as those companies charge by the hour and often place geographical limits on their services; they'll need to know what part of town you're moving to. But for an interstate move? Tell them you're still looking for a place but know you'll need to move to that city around X date. They may be willing to lock in a time for you because you'll still know how much stuff you'll need moved.

Having a moving company pack your belongings is such a weight off your shoulders, but it does add more to the cost. Speak with the moving company about whether their charges for packing are flat fees (meaning they charge the same no matter how much they have to pack) or if they change when the amount, time, or the number of boxes is taken into account. You might try packing some things yourself if you can reduce the packing charges that way. Leave fragile items to the movers to pack, but you might be able to pack things like books yourself.

Can You Move During the Week Instead of on a Weekday?

Weekend moves usually cost more than weekday moves due to sheer demand. If you can move on a weekday (meaning have the loading done on a weekday if the move is cross-country), that might reduce the price you have to pay.

It helps to tell the moving company that you're dealing with a super-tight budget. The representative you speak to can then think of ways to reduce the cost from the start, rather than planning the move and then finding out that you need to be frugal.

For more information, contact a residential moving company such as Simple Moves. 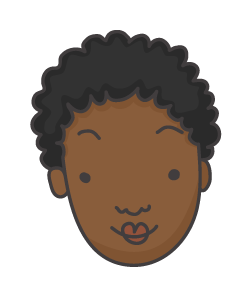 Few things are quite as stressful as a cross country relocation. From figuring out where you will live in a city you've never visited to trying to figure out how to pack things without causing problems, it can be really helpful to have a game plan in place before you start the process. From setting up your house to make it easier to pack to going through and establishing a system for the big day, knowing how to tackle a move can be really helpful in the long run. I wanted to do what I could to make other people's moving experiences easier, so I made this blog. Check it out for great information.